3 Things To Consider Regarding Your Children When Filing For Divorce

3 Ways To Prepare Your Teen To Start Driving

Tips For Co-Parenting After A Divorce

3 Tips For Creating The Perfect Nursery For Your New Baby

So, I recently had the pleasure of spending the day out with my son. Just the two of us, some real bonding time and it got me thinking about what there is out there that could be considered good “Dad and Lad” days out. There’s probably hundreds of dads out there who have sons of all ages and would like to do stuff with them. 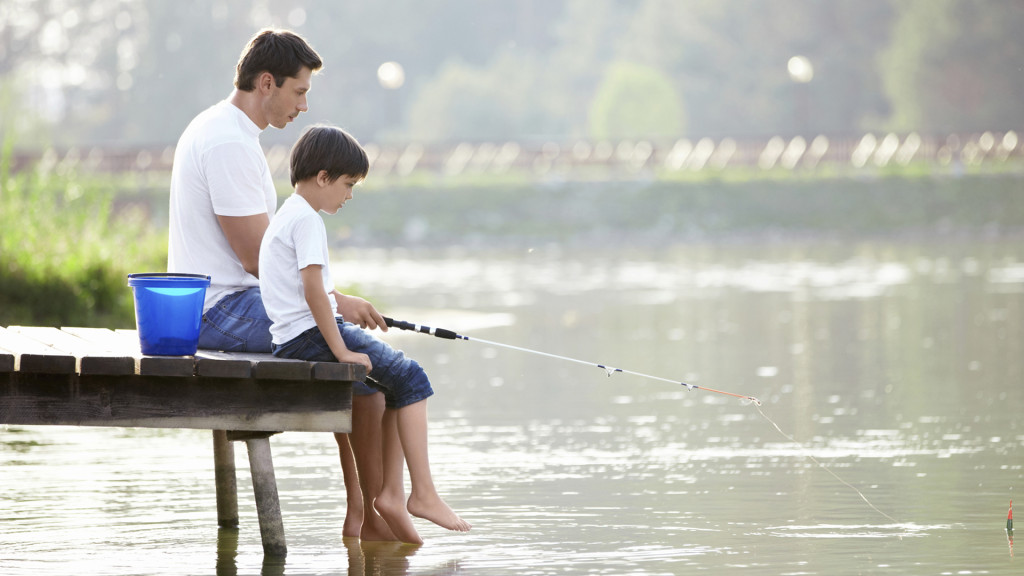 Of course, there’s a certain element of “age appropriate” activities and this is a list that I’m trying not to make “age specific” so, just a heads up early on that there is going to be some stuff in here that isn’t suitable for all ages of lads and dads, because let’s face it, I still like to go out for a pint with my old man. I don’t see him all that often so it gives us a good opportunity to catch up over a couple of pints and maybe the odd bag of pork scratchings (dad’s choice) or scampi fries (my choice). So, without further do, here’s my list of great “lad and dad” day out ideas.

This may seem a little odd and, I don’t know, maybe old fashioned but… I used to love going fishing with my dad when I was a kid and I have taken Jack a few times in his fairly young (to date) life and he’s seemed to enjoy it so far, even if he’s only really caught weeds, a dead fish (by accident) and a duck (again, by accident).

When I used to go with my dad when I was a wee nipper, it started as my dad basically going fishing and me going along to watch him fish until I saw him catch a fair few and I wanted a go. I must admit, it took a while for me to get to grips with it but when I did, I loved it, so much so that I got bought my own rod and reel. This day was like Christmas Day all over again for me.

As I got older and went fishing with my dad a bit more, it meant we got to spend some quality time together and talk about all our problems, and me talk to him about things that I would never dare bring up when my mum was about, she had a habit of prying and I never liked revealing too much to her but my dad was a good listener which meant less hassle for me as a growing young man when girls were becoming a problem in my adolescence.

So yeah, fishing. I highly recommend it, it’s good to go with your son or sons no matter his age because he’ll learn something new and possibly have a hobby for life and if your lad is a little older, it gives the two of you some quality bonding time. Here’s a great list of fishing holidays for you to consider.

“A theme park?!” I hear you say. Yes, you read it right, a theme park. It’s probably not somewhere you’d go to with a toddler but, saying that there are still plenty of theme parks out there in which you could take a younger child such as at Blackpool Pleasure Beach, there’s the newly opened Nickelodeon Land and at Alton Towers, they’ve got CBeebies Land so at least there’s a choice on that front.

If you’re a bit of a thrill seeker and your son is a little older, or can handle the faster “thrill seeker” rides then you’ve got a load of options open to you, including the aforementioned Blackpool Pleasure Beach and Alton Towers. Another great park that’s absolutely worth a visit is Thorpe Park as it’s stacked full to the brim with the faster rides and I loved it when I went with Jack a few months back and he wanted to stay past closure, which obviously we couldn’t do!

The only thing to consider is the drive time to get to where you want to go. It’s worth considering how long you may be driving for before spending a day in the park and then having to do that drive back home when you’ll likely be tired after a long day. But, if you think you’ll be able to handle a long drive, then go wild!

Visiting your local football team, rugby team or cricket team is worth doing with your son, no matter his age. Obviously, if he’s over 18, there’s the option for you both to have an alcohol fuelled bonding session but that may end badly if he’s trying to keep up with you (or vice versa!). It’s also good if your son is young, as with the fishing above, you could be introducing him to something that will become a life-long love for him.

Most dads will take their sons on the local football team when they’re younger and this is generally what results in a new supporter but, kids change their minds as they get older and they make their own decisions and choices (obviously). Whether you’re at the football, cricket, rugby, golf or whatever it may be, it’s a good time for bonding, especially if your son is younger as he’ll likely have a load of questions about whatever sport it is you’re watching as he tries to understand the rules and follow what’s happening in the game that he’s watching. Plus, these are memories you’ll cherish forever.

This one is nice and simple, doesn’t cost an awful lot of money and it’ll give you both time to bond, and keep the rest of the household happy if you’re preparing their next meal! This is a skill that every man/boy will need at some point in his life too as there’s little doubt he’ll be cooking for a special someone in the near future.

You can teach him the value of a home cooked meal and the health benefits of fresh food, cooked and prepared at home so that you know exactly what is going into the meal and as well as him cooking for other people, if he was to ever live on his own, he’ll need to know how to cook himself meals otherwise he’ll be solely reliant on take aways which is good for no one.