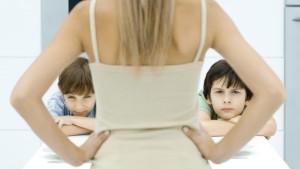 You may feel that the reward/punishment approach used for raising pets will not work in the case of children as rewards tend to encourage greed and punishment makes them fearful. In reality, it is not so. These tools help you to let your children know behaviors that are appropriate and those that are not appropriate to your children.

You don’t have to bribe your children or make them cry as reward/punishment. You can make use of rewards/punishments to help them cultivate certain good behavior and give up some bad ones. Praise, time spent together, etc. can be rewards for good behavior. On the other hand, punishment may include explaining to children as to why limits are set and how they will protect them. If you are uncomfortable with the rewards/punishment approach, you can you can use alternate terms but do not avoid this approach altogether.

Why You Should Not Avoid Rewards/Punishments

The main reason as to why you should not avoid rewards/punishments is that other effective tools for molding the behavior of a child are not available. This system has in fact evolved along with the evolution of the mankind. The child that receives a reward or punishment makes casual connections as follows:

“Though it was a boring situation, I continued to be polite and was praised by my parents.”

“My rude behavior upset my parents a lot.”

Thus, the brain of the children links their actions and parents’ reactions. This is to say that you will be indirectly making it clear to your children that their actions have little or no consequences, if you choose to avoid using the rewards/punishment system.

Many parents may not want to spend the time, incur the expenses or undergo any emotional struggles that are associated with giving rewards/punishments. This can produce negative results.

People outside your home would make use of this approach to encourage good actions and discourage bad actions. For example, teachers punish children who engage in rude behavior and reward those that behave in a polite manner. Children will receive mixed messages if you do not follow the same approach at home or react differently to the same behavior. Moreover, your child will be lagging behind his/her peers when it comes to learning things that are socially and morally appropriate in the absence of a rewards/punishments system.

If you are planning to use the reward/punishment approach to encourage good behavior in your child, then you must make a commitment to give only useful and good rewards and punishments. A good reward is not a bribe. It is given in recognition of appropriate behavior. Even an appreciation can be considered as a reward. Research studies related to discipline and parenting styles show that children self-regulate as well as internalize values if the punishments given to them are nonaggressive in nature. Good punishment is, therefore, helpful in reprimanding children and stopping negative behavior. They won’t cause either physical or emotional damage.