When you have young children, you get used to being home a lot more than you used to when you were young free and single. In the early days of parenthood, once you’ve got the little rascals into bed, you and your partner probably end up slumped on the sofa and counting down the minutes until it’s a respectable time for you to also go to bed. However, as the kids get into a routine (and you get better at handling life on less sleep) you’ll find night after night in front of the TV gets a bit boring. 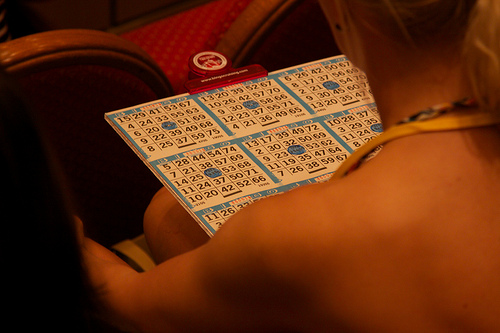 image by Play Among Friends

So, what to do away from the box, but without having to book a babysitter? Of course, you and your partner could take turns in having nights out with friends, but you probably have less disposable cash than you used to, so you may not be as free to spend as you were pre-parenthood.

That’s where the internet is a blessing – there’s on-tap entertainment whenever you want it. And one area where there’s been a huge amount of uptake in the last ten years is online casino gaming. And why not? There must be millions of people out there who always fancied trying their hand at games such as roulette, blackjack or poker, but never actually had the opportunity to play in a real casino. Generally, the two things that put people off making the trip to a land-based casino would be the time involved in getting there and the fact that you’d come away a good deal lighter in the wallet than when you walked in.

Now those millions can play whenever they want at online sites such as 32red, bet365 or Gala Casino. Though playing online doesn’t guarantee you any greater chances of success, it’s certainly much more convenient. And, with all the free playing credit you can get, it can also be a lot cheaper. New players at 32red.com get a bonus £32 for every £10 they put in as an initial deposit, and that can go a long way if you stick with minimum bets.

As well as the bonus, there’s also always the possibility of playing in demo mode – where the bets that you place aren’t real. Unfortunately, neither are the wins when you have them, but you’ll still get plenty of entertainment out of the games. Most people start off playing a new game in demo mode until they feel sure of what they’re doing before switching to real money mode. The key to keeping online casino gaming at an enjoyable level is to only ever bet with amounts that you can afford to lose. This may seem like stating the obvious, but it’s worth bearing in mind every time you top up your account. That money could double or treble, or you could lose it all – are you prepared for that? Running through a checkpoint in your mind before you add more money to your account is always the safest policy.